Not all of them are at the level of super star con artist Bernie Madoff but unfortunately our world is still filled with an abundance of con artists who just love to rip you off and the sad part of it is that their very nature makes them exactly the kind of person you will, at first, love and admire. Oh they are a clever bunch, that’s for sure, but place trust in them and your money will soon evaporate. They use many different ruses but their all-time favorite and the one used by Bernie Madoff to rip off people to the tune of $64.8 BILLION is the venerable Ponzi scheme. 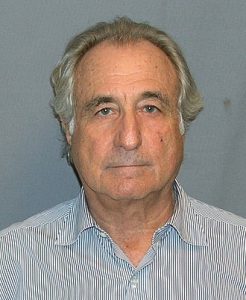 So what exactly is a Ponzi scheme? Well essentially it is when the perpetrator takes funds from new investors to pay seeming profits to earlier investors creating the perception of a successful investment at least temporarily for the original investors. But ultimately the ability to continue payment evaporates and everyone’s money simply disappears into the greedy hands of the con man. You need to develop a skill set that will help you stay far away from such scams. To that end I offer a real life experience I played, unwittingly, a role in.

Many years ago now I had a daily radio show on a Los Angeles station with a good audience. One day I was introduced to a man who purported to be a successful oil and gas man. He was looking for investors to help him expand his business and would I he asked be willing, for a fee, to promote his upcoming oil and gas investment seminar. Sure, it’s just a form of advertising so why not? 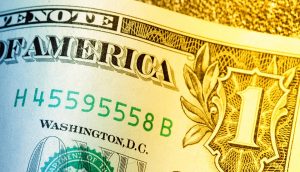 Well the advertising did well and soon we had about 60 people in a hotel conference room. I attended and I brought two guys with me I knew had substantial experience in the oil and gas game. My two oil and gas experts were positively impressed with the man’s knowledge of the industry but made no comment on the investment opportunity presented. What potential investors were told at this meeting is that they could go out to the well site for a tour and to see that the well was indeed producing before they put up one cent. Sounded good, but was it everything they needed to know? It was apparently a good event and everyone left happy.

A couple of months later I called the man’s office to see if he might want to do another seminar and the answer I got on the phone was startling to say the least. “Special Agent Evans, FBI.” I soon learned that the man’s office was being thoroughly investigated by the FBI and that the man I was trying to reach was unfortunately unavailable as he had been taken into custody and would soon stand trial for running a Ponzi scheme, an all too common fraud. 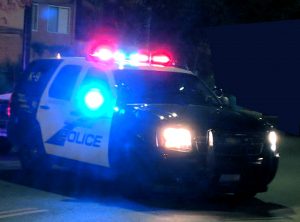 Yes, he had a well, one well, up and running. Yes potential investors could and did visit the well and they confirmed the operation of the well and that it was indeed generating revenue. What they absolutely didn’t know is that this seemingly very nice man was selling the same property multiple times. He used the proceeds from the second group to pay the first group but the revenue from the well was inadequate to pay both groups so then he added even more – about ten in all before the whole thing crashed and everyone lost all of their money invested. It was a classic Ponzi scheme. But the meeting had been so well done that even my invited energy experts were impressed with the man’s knowledge of the business. But what everyone failed to look at was the full picture of how the business was being operated. So this begs a very important question and that is exactly how do we protect ourselves from adorable but evil people like Bernie Madoff and this lesser thief?

A publicly traded company such as Exxon/Mobile must file quarterly and annual financial reports with every expenditure and every cent of revenue fully disclosed with audited financial statements. But Madoff’s company and the one I got briefly involved with are not publicly traded and thus don’t have the same requirements. That makes the task more difficult but not totally impossible. Demand to see all financial statements that are available including bank statements showing money in and money out. Odds are a con man will decline and that should be your first hint to run away fast. But a really clever con artist may well be willing to show some very carefully chosen and maybe even fabricated financial documents. So when you receive that information dig a little deeper. If, for example, you are shown a bank statement from Last National Bank of Yoda, call that bank and simply ask to confirm that the company or person whose name is one the statement is in fact a customer. No bank will reveal specific financial data about any customer but merely confirming that the person or company is indeed a customer should be a routine matter. Any resistance again run away now.

You might also ask the man promoting the deal to provide you with the last six months revenue records from all sources and a full list of all investors. That request is likely to be declined as a matter of claimed privacy. Okay keep private but without you or me. And finally these days getting background information on people is a fairly simple thing so just google the name of the person you are dealing with. You may get nothing which is more or less a good thing or you might also see a record of previous convictions which is obviously a clear signal to run away from the deal. This is more helpful than you at first suspect because I met one other full on con man one time who practically bragged about his various cons. At one point he had to step away from a deal for a while because he was standing trial in Colorado for fraud. Had potential investors known that would they have invested with him? 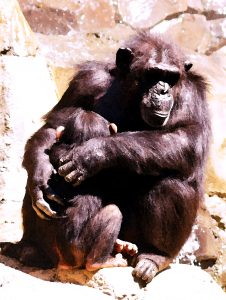 That the person seems like a really nice person and that the deal sounds really good are NOT good reasons to part with your money. If your goal is to protect your wealth and enhance your happiness you need to avoid being scammed and that does require a little bit of work. If you are unwilling to do that then here is an idea. Send me ten thousand dollars and I will take very good care of it for you. Okay so you won’t do that, so also take care and exercise due diligence with any all investment opportunities that may be presented to you. Doing so will greatly enhance the odds of you enjoying a happy result.
——————————————————————–
Hey it’s almost Christmas. Shop for some really good books here: BooksbyRon.