Do you know why Terry Fator won America’s Got Talent? I do. This likeable Texan honed his talent through years of hard work and is now at the top of his profession. He is an entertainer extraordinaire and he proves it again in his 2018 Christmas show at the Mirage in Las Vegas.

When you stop and think about it — Terry is a singer. That in itself is a talent. Terry Fator does other people’s voices and singing voices as well. But then, he is also a ventriloquist. And he has a good sense of humor, a twinkle in his eye, and a likeable down home personality. And some jokes that include a bit of adult humor that flies right over the heads of any kids in the audience. Yeiks, This is quality entertainment

If you’ve seen his annual Christmas show, then yes, some of the bits will be familiar. If you’ve seen his regular production, then much of the material will be new to you. But, it doesn’t matter. Returnees will sit in the audience wondering why they hadn’t returned sooner to see Terry and all his characters. Newbies will wonder why they took so long to buy a ticket to enjoy Terry Fator. I know, it is Vegas and you want to see a big production with a multitude of singers and dancers and all that. No! It is Las Vegas and if you want quality, this is it.

Terry’s Christmas production harkens back to the old Andy Williams and Bing Crosby holiday shows as his doorbell rings and he wonders who it will be. 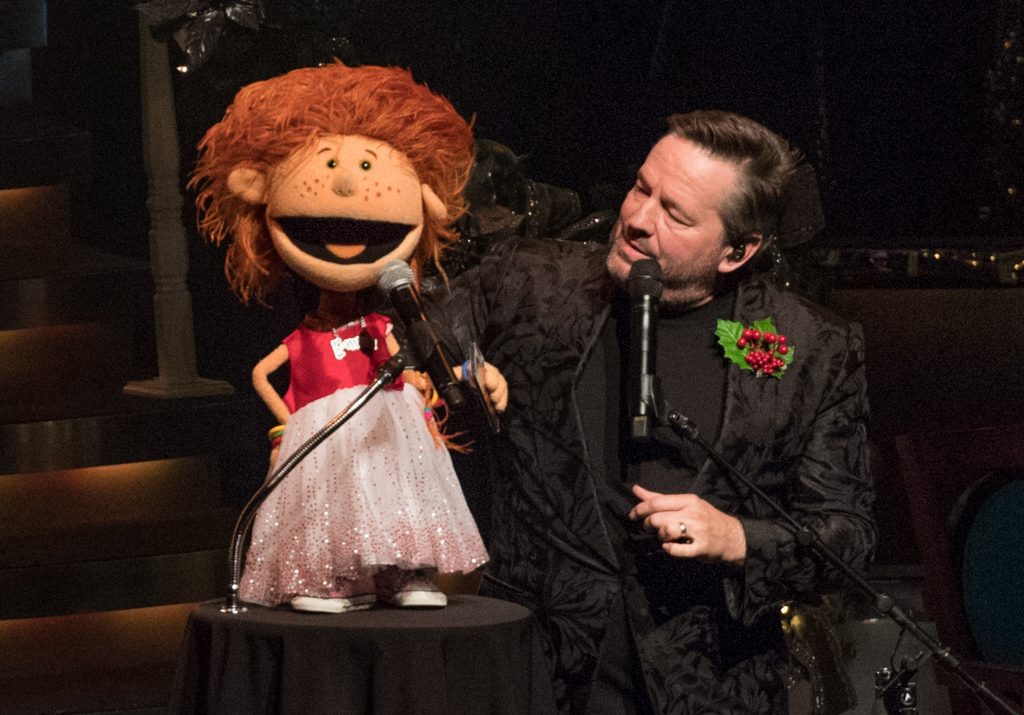 You’ll hear Fator do Ethel Merman, Judy Garland, Cher, Bing Crosby, and David Bowie. But it isn’t all about the voices only. The dialog and the jokes make this a fast paced entertaining event. And oh my goodness, how could I fail to mention Justin Bieber who came by to tell us how wonderful Justin Bieber is! And his devil and angel on his shoulders were played by Ozzy Osbourne and Dolly Parton! And then there is Santa Trump. Nuf said.

There’s a story line about the meaning of Christmas, Terry sings a few numbers in his own voice, and you’ll get to meet his real life wife Angie in periodic walk-ons and a few lines. Be sure to go early and enjoy the audience warm up by DJ Ben Harris who reappears throughout the show in his elf costume.

Rest assured,Terry Fator is not a kiddie show, but the kids will love it as will the adults.

February 11, 2018 Dianne Davis Entertainment 0
Spread the love
Spread the loveMatt Goss sings “Lovely Las Vegas” and Las Vegas loves him. The singer, musician, and songwriter is delighting adult audiences of all ages as he croons his tunes in the intimate setting of […]

July 13, 2021 Meagan Sargent Entertainment 0
Spread the love
Spread the loveOne of Hollywood’s favorite hotspots, Delilah, made it’s debut in the best of places – Las Vegas! Located at Wynn Law Vegas, Delilah is the ultimate glam and the perfect addition to Sin […]