Playwright Alex Goldberg had to travel all the way to Hell to complete his dark comedy, IT IS DONE. No matter what your opinion about the devil, souls, an afterlife, or even evil in general, you won’t be able ignore the clever and very funny thesis that underlies veteran writer Goldberg’s piece about life, death, and payback. Directed by Renaissance man Jeff G. Rack – set designer, writer, and director for dozens of Los Angeles shows and guiding light (with partner Charlie Mount) of Arcane Theatreworks – Rack clearly enjoys tweaking audience sensibilities with works that stretch the imagination. 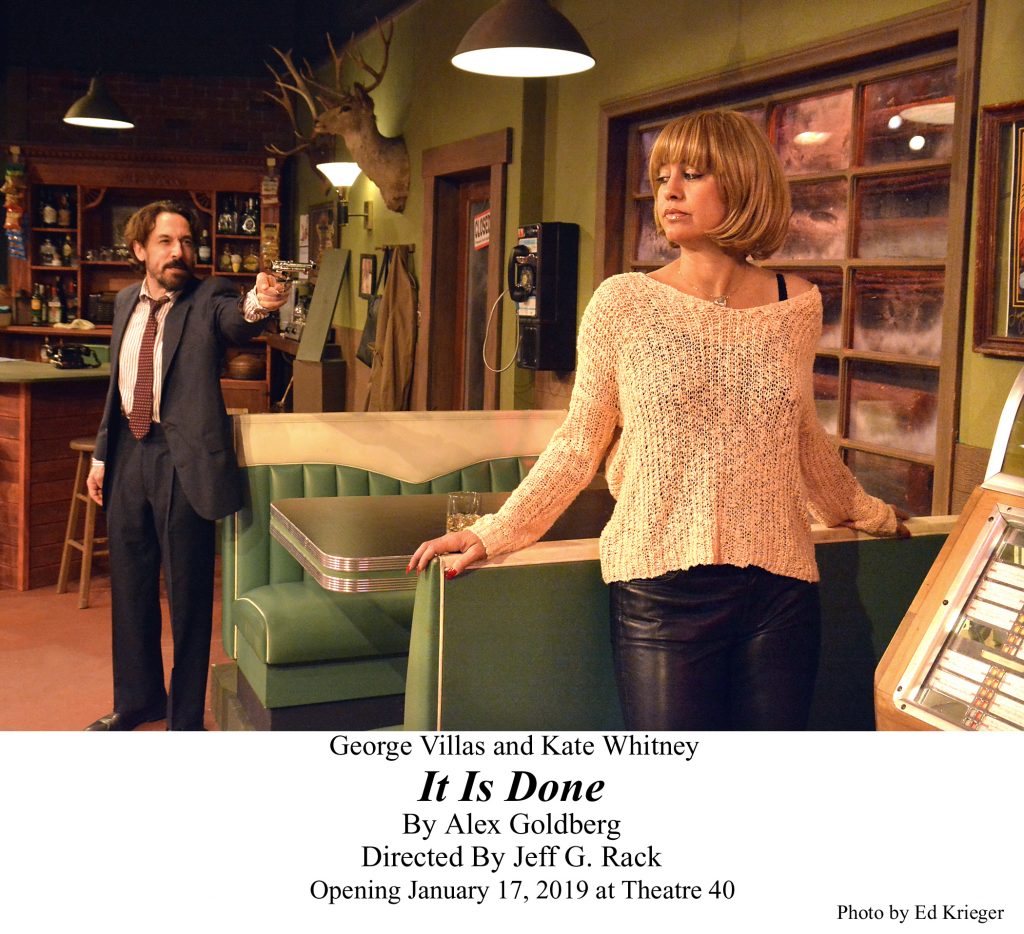 Set in a rural bar a hundred miles from nowhere, IT IS DONE introduces Jonas (George Villas), a man troubled by horrific dreams from which he tries to escape by constantly keeping on the move. He is a man afraid to sleep – but also afraid to look too deeply into himself. He finds himself alone in an isolated roadhouse staring at his drink and trying to ignore the only other person in the place, the bartender Hank (Kurtis Bedford), who spends his largely alone time cooking up fantasies and perusing porno magazines. For this is a way out-of-the-way bar with no patrons except for a few weeks at harvest time. Enter Ruby (Kate Whitney), whose car has broken down in the middle of the desert during a sand storm. Now she must wait for an Auto Club mechanic to send her on her way again. 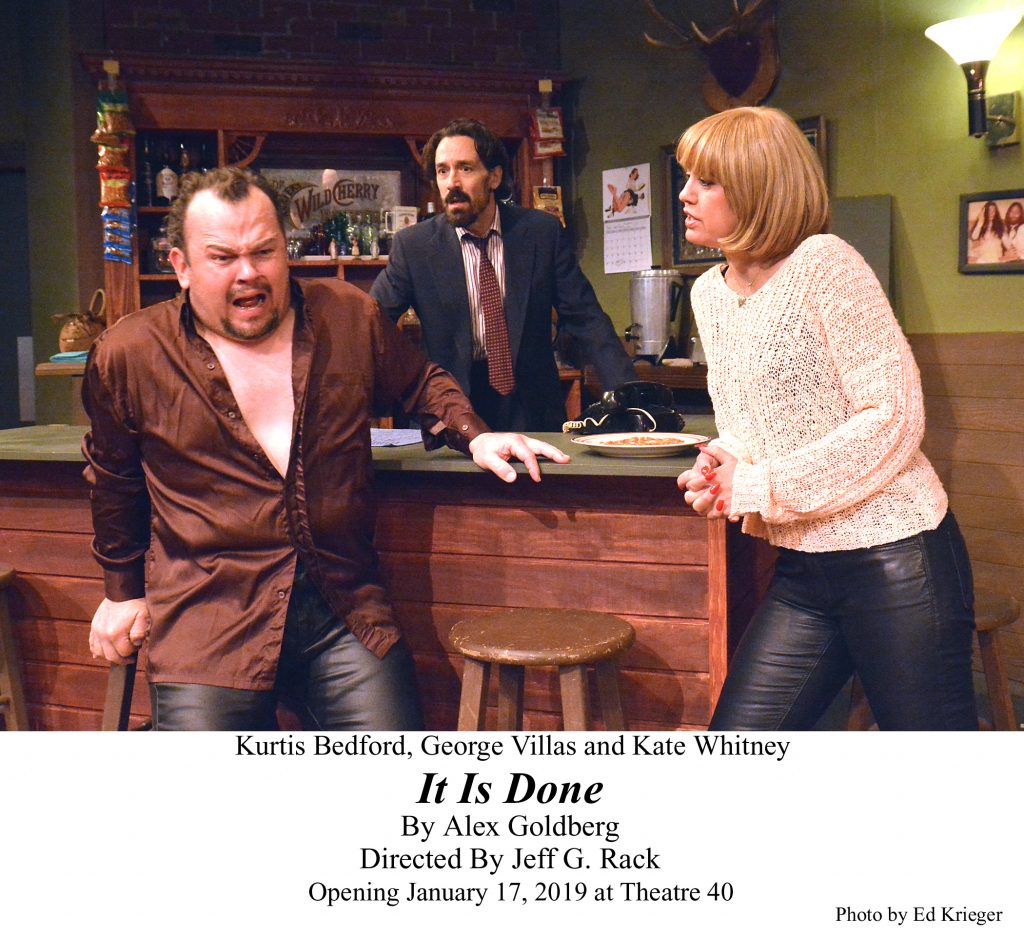 And so these three solitary souls begin the dance of death to wailing country and western tunes from an antiquated juke box. But not before Ruby convinces Jonas to share his torment by detailing his ghastly nightmares while doing a two-step. Not troubled by multi-tasking, the sexy Ruby also does a little kittenish titillating directed Hank’s way. These are three people trapped in a Sartre-like cocoon – and only some cage-rattling crashes can result. 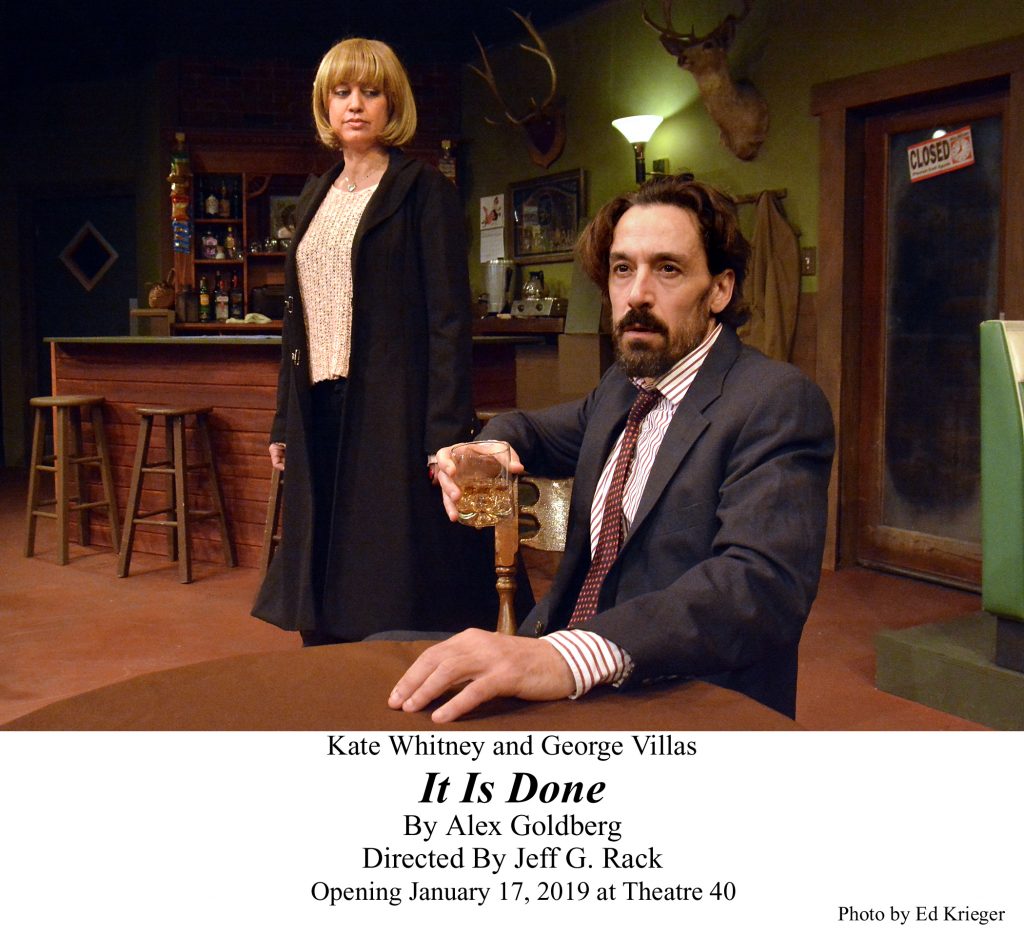 Director Rack does an excellent job of building up suspense, bit by bit, as the three slowly unravel to their dangerous cores. The ensemble cast manages to artfully twist the audience around their little fingers as the tale carries on. The audience can be sure of one thing: there will be Hell to pay. 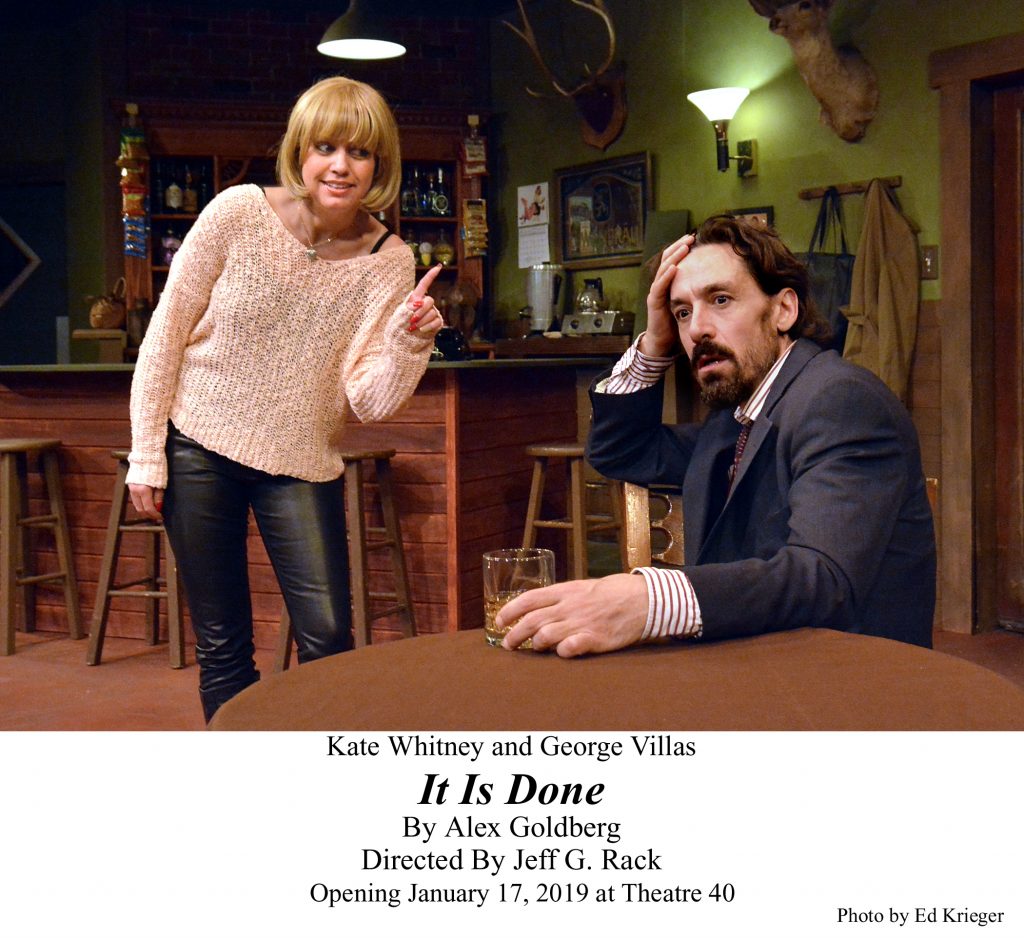 Besides directing, Jeff G. Rack has also designed a terrific set for the unfolding shenanigans – replete with neon juke box, old-fashioned bar, and scattered places to set one’s drinks and ponder the world. Michele Young’s costumes and Judi Lewin’s wigs set the stage, with Brandon Baruch’s lighting and Joseph Slawinski’s sound retaining the mood. IT IS DONE is a scary, funny, creepy, cunning show which will grip, surprise, and entertain at the same time. As always, Theatre 40 manages to present material which will keep the audience guessing. 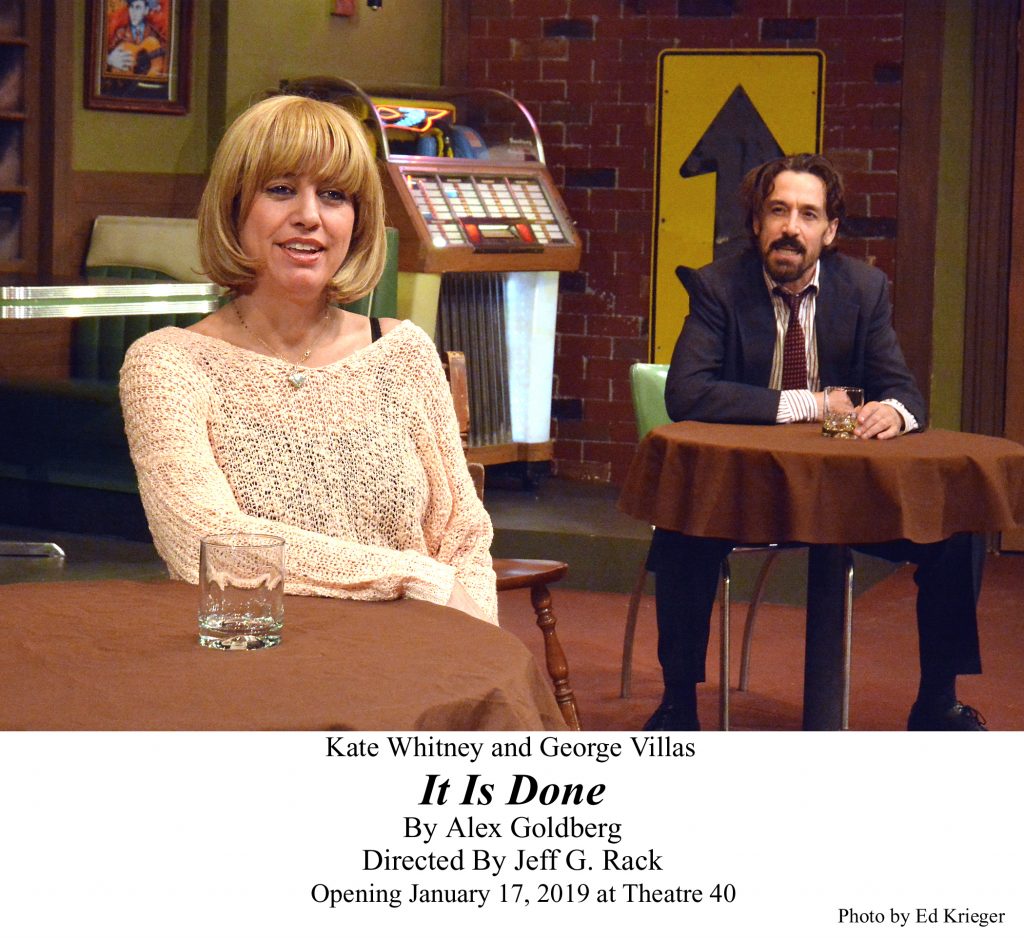 May 18, 2019 Elaine Mura Entertainment 0
The epic career of writer John Patrick provided the stage with blockbusters like “The Teahouse of the August Moon (winning both the Pulitzer Prize and the Tony for drama).” Patrick also proved a runaway success […]

September 24, 2019 Elaine Mura Entertainment 0
Ripped from headlines over the past 50 years, THE SURVEILLANCE TRILOGY presents three suspenseful stories about secrets, possible conspiracies, and conjectures about how the government may just be involved in a bunch of unexplained happenings.. […]

The Sound of Murder – A British Thriller

March 23, 2019 Elaine Mura Entertainment 0
THE SOUND OF MURDER premiered in 1959 in London, where it received barely lukewarm reviews and quietly disappeared from the stage. In the theater atmosphere of the 1950’s, a play that wasn’t about angry working-class […]