The epic career of writer John Patrick provided the stage with blockbusters like “The Teahouse of the August Moon (winning both the Pulitzer Prize and the Tony for drama).” Patrick also proved a runaway success as a screenwriter/adaptor with film hits like “Three Coins in the Fountain” and “Love is a Many-Splendored Thing.” Beginning with radio broadcasts between 1928 and 1933, Patrick continued to entertain audiences with his creative skills through 1974, when he wrote A BAD YEAR FOR TOMATOES. 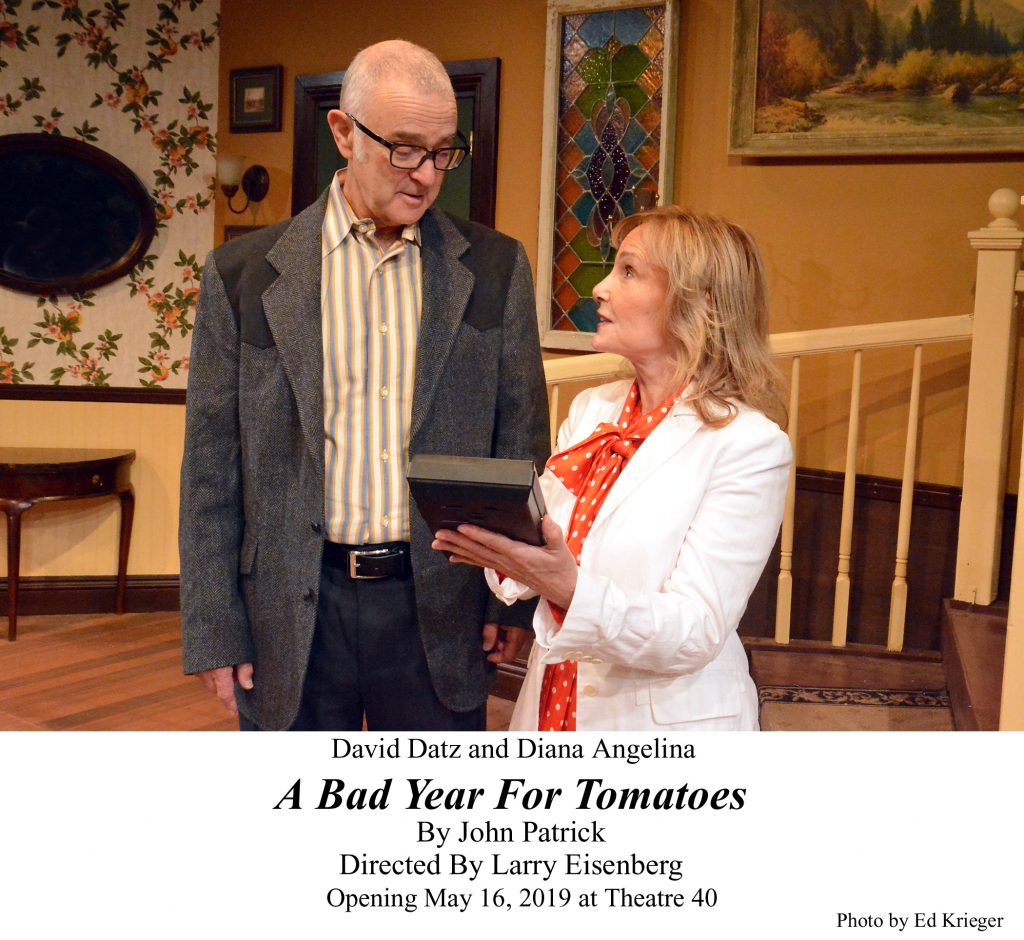 Television star Myra Marlowe (Diana Angelina) is fed up with the stresses and strains of show business and decides to slip away to small town Beaver Haven in Vermont for a needed rest and the opportunity to pen her “tell-all” autobiography. Only her faithful friend, agent – and sometimes unfaithful lover – Tom Lamont (David Datz) knows where she is when she rents a cabin in the Vermont woods and assumes the name she was born with, Myrtle Turtle.

But isolated tranquility may escape Myra as her curious and nosy neighbors begin to descend on her. Beginning with Reba Harper (Ann Ryerson) and Cora Gump (Amanda Conlon), Beaver Haven’s hospitality ladies, Myra starts to realize that her longed-for quiet time may become more and more elusive. When bearded skunk trapper Piney (Jeffrey Winner) enters her digs dragging his axe behind him, even more private space evaporates. And then local witch Willa Mae Wilcox (Leda Siskind) makes her unexpected appearance. But Myra has a plan. Suppose she has Sadie, her crazy homicidal sister, locked in the attic. Would that prove a deterrent to her unwanted guests? Or might her strategy backfire? 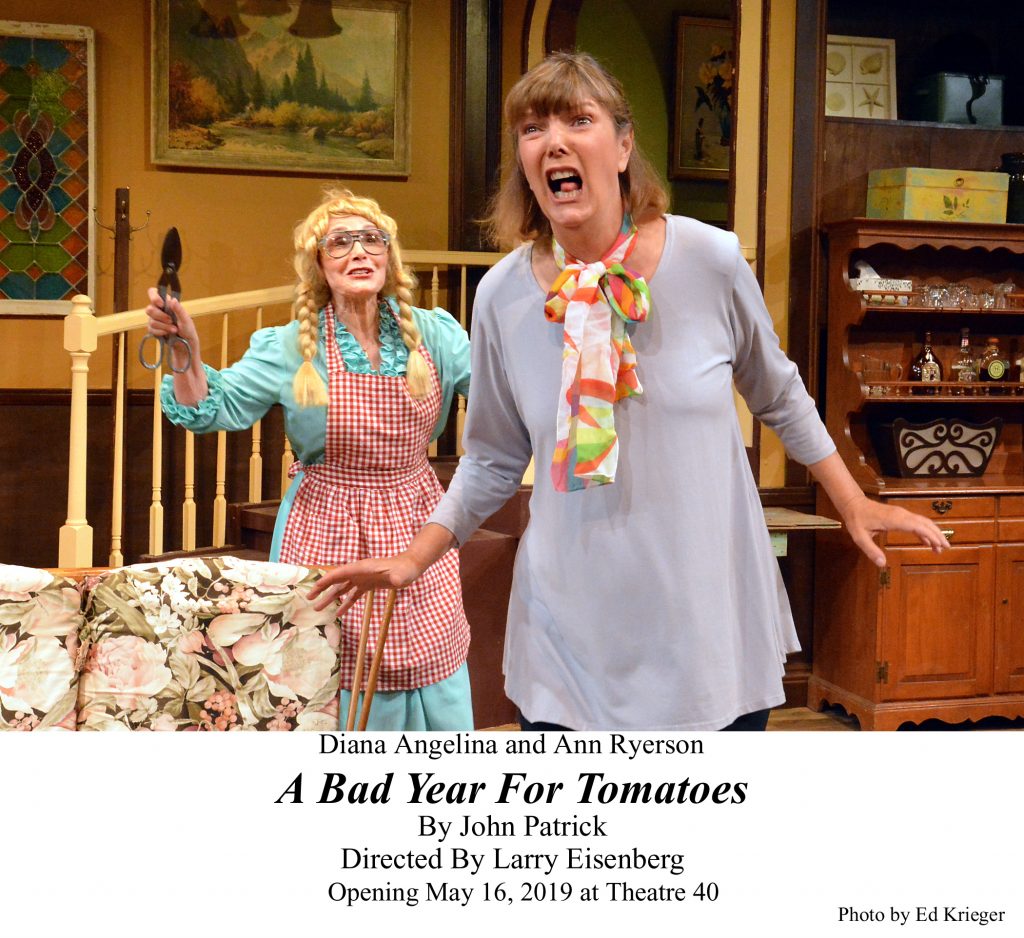 Director Larry Eisenberg helms the farce as the acting crew tries to keep the merriment coming, pratfalls and all. As always, Jeff G. Rack’s set is flawless and appropriately country-comfortable, as are Michele Young’s costumes. Brandon Baruch’s lighting, Steve Shaw’s sound, and dialect coach Glenda Morgan Brown’s accents help the tale along. The biggest hurdle to laughter may just be Patrick’s script, which appeared to be somewhat dated and immature – to wit, the fart-as-joke moment, which seemed better suited to the humor of a pre-adolescent boy than a mature writer. Clearly, the cast was trying very hard to make the lines sidesplitting and uproarious; and their efforts are to be congratulated. At the same time, the total effect was more like a slow-paced Three Stooges comedy than a clever farce. Of course, one person’s “weakness” might well be another’s strength – especially if that audience member is a keen fan of slapstick and silliness. By the way, the title of the play? It seems that Myra has an intense desire to make things grow – especially tomatoes. 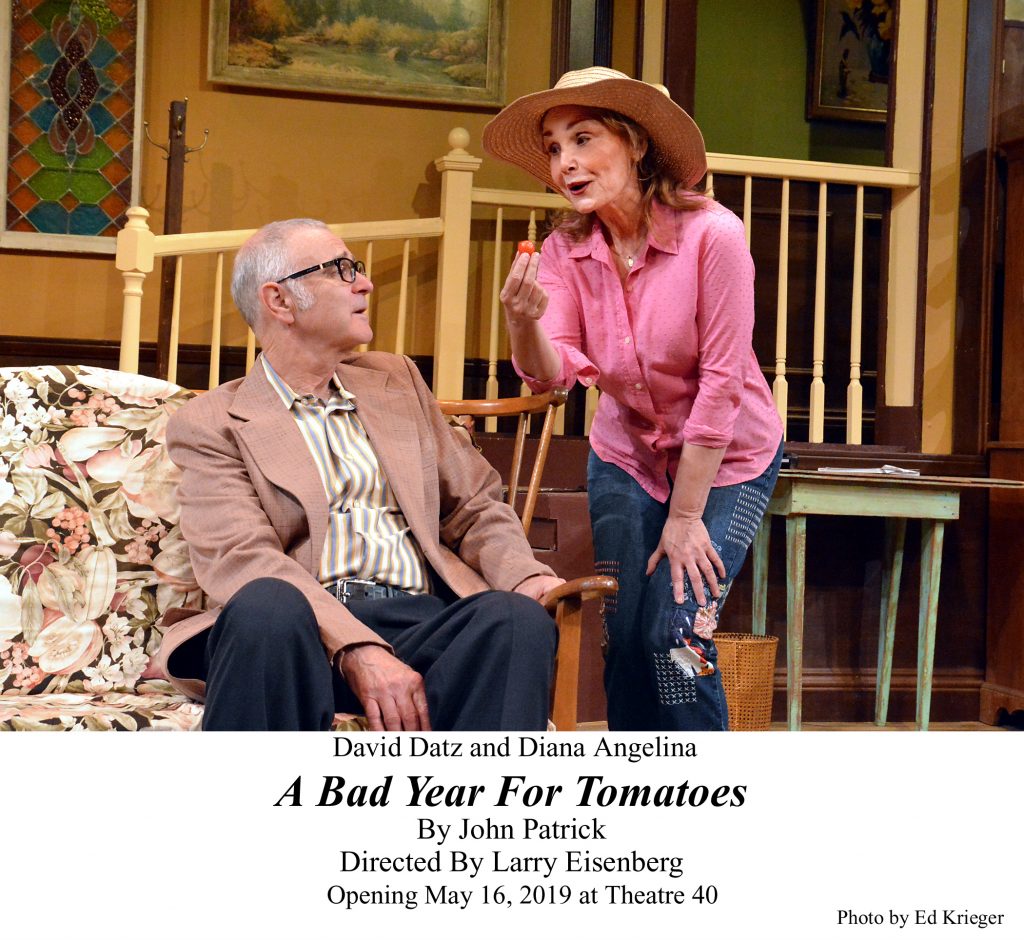 November 18, 2017 Elaine Mura Entertainment 0
Sherlock Holmes is back, every brilliant, arrogant bit of him – this time working a case with the likes of Lillie Langtry and Oscar Wilde. Sherlock’s old buddy Oscar is currently working on his newest […]

Fifteen Men in a Smoke-Filled Room Review – The Reluctant President

November 18, 2019 Elaine Mura Entertainment 0
In a cunning depiction of Warren G. Harding’s ascent to the presidency of the U.S., talented playwright Colin Speer Crowley has woven history and drama into an intriguing whole. Skillfully directed by Jules Aaron, FIFTEEN […]